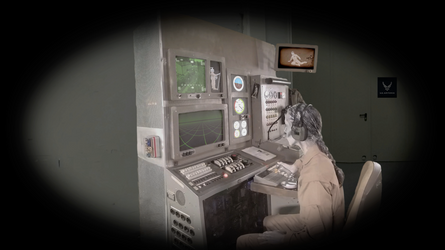 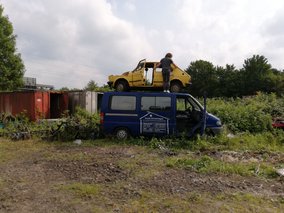 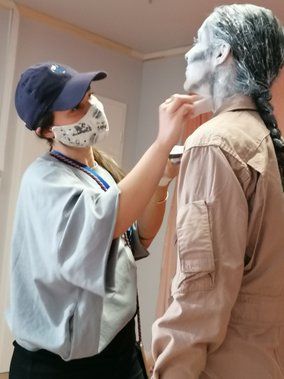 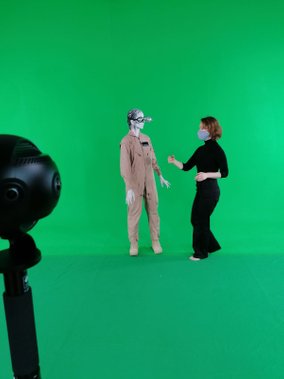 MAUERSCHAU-360 is a ten-minute VR-experience based on Hauke Berheide and Amy Stebbins' award-winning opera MAUERSCHAU (Bavarian State Opera, 2016). Taking the Penthesilea myth as a starting point for an investigation of war and its public mediation, the opera presents the multiple, contradictory versions of this ancient myth about the Amazon queen and her sworn enemy Achilles, staging the crisis of knowledge Penthesilea faces as she seeks to verify the truth of her own actions on the battlefield. Did she kill Achilles? Or did he kill her? How can she ever know? How can we? The title "Mauerschau" refers to "teichoscopia," the theatrical device introduced by the Greeks, whereby an actor looks out over the audience and describes what he or she sees "over there". In Berheide and Stebbins' opera, this ancient mode of staging scenes of war and violence becomes a gateway for taking on the ethical dilemma of drone warfare, and what, since the opera's premiere, has come to be known as "fake news".

MAUERSCHAU-360 was created under the auspices of the Academy for Theater and Digitality together with Limes-360 and the Duisburg Philharmonic. In February 2020, we recorded the 360-sound on ambisonic mics from which a stereo version was created for use during the shoot, which took place in June. The roughcut of the movie (without sound) was completed in early August. We anticipate the complete demo will be finished by the end of September.

performed by the Duisburg Philharmonic